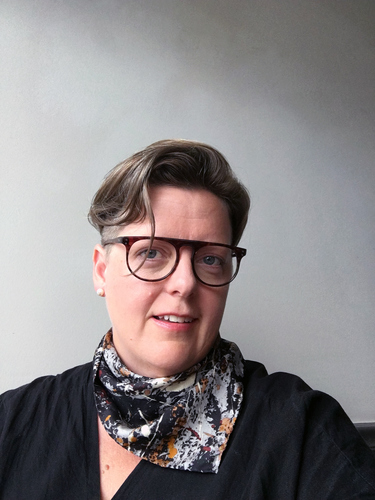 Allison Smith (they/them) is a queer non-binary artist, time traveler, and practical animist based in Yelamu and Huchiun a.k.a. the San Francisco Bay Area, on unceded Ohlone territory.

Smith has presented their work at museums such as SFMOMA, The Aldrich Contemporary Art Museum, The Arts Club of Chicago, and S!GNAL Center for Contemporary Art, P.S.1/MoMA, Palais de Tokyo, the Wattis Institute for Contemporary Arts, MASS MoCA, and The Tang Museum. Smith has lectured at art schools and research universities internationally, as well as at MOMA, the Whitney Museum of American Art, the Metropolitan Museum of Art, SculptureCenter and the Vera List Center for Art and Politics. Smith has been reviewed and featured in The New York Times, Artforum, Art in America, Sculpture, on NPR, KQED, Art:21, PBS The Art Assignment, and in many other media and scholarly publications. Smith has received support from Public Art Fund, United States Artists, Arts Council England, FOR-SITE Foundation, Creative Work Fund, Foundation for Contemporary Arts, Artadia, the National Endowment for the Arts, and New York Foundation for the Arts. Notable residencies include IASPIS (Stockholm, Sweden), The Carpenter Center for the Visual Arts at Harvard University (Cambridge, Massachusetts), the Museum of Modern Art Artists Experiment initiative (New York, New York), the International Studio and Curatorial Program (Brooklyn, New York), Artpace (San Antonio, Texas), and Headlands Center for the Arts (Sausalito, California). Smith's work is held in the collections of the Whitney Museum of American Art, Los Angeles County Museum of Art, Saatchi Gallery London, Linda Pace Foundation, and many other public and private collections.

Smith was born in Manassas, Virginia in 1972. They received a BA in psychology and certification for training in Art Therapy from The New School for Social Research, a BFA in fine arts from Parsons School of Design, and an MFA in sculpture from the Yale University School of Art. They also participated in the Whitney Museum Independent Study Program. They lived in New York City from 1990 until 2008 when they moved to the San Francisco Bay Area to join the faculty of California College of the Arts, where they currently serve as Dean of Fine Arts.

Recent exhibitions include Models for a System a collaboration with Christina Zetterlund at the Contemporary Jewish Museum (San Francisco), Be Not Still at di Rosa Center for Contemporary Art (Napa, California) Two of Wands at The Sculpture Center (Cleveland), and The Word for World is Forest at the CCA Wattis Institute for Conteporary Arts (San Francisco). Upcoming shows include Another Crossing at Fuller Craft Museum (Brockton, MA) and The Box (Plymouth, UK) and Queer Threads at the San Jose Museum of Quilts and Textiles. Allison Smith is a 2021 Fleishhacker Foundation Eureka Fellow, currently working on a large-scale traveling project and monograph entitled The Compass Rose which will debut at Fort Mason Center for Arts & Culture (San Francisco) in January 2023.
Loading...